On Tuesday, September 14, we inaugurated the exhibition “La Espera secreta” by Mariana Fadón at the GONTRAN CHERRIER Art Space. In alliance with the French boulangerie, we work on the curation and production of regular artistic exhibitions and actions to expand contemporary art. This is the fourth exhibition of artists that are part of our La Panera section: a space where we can generate actions and weave cross-cultural networks.

A graphic designer (UBA), Mariana Fadón began to paint in oils in the years 2006/2009 in Gustavo Lichinchi’s workshop, at that time she found by chance the old molds of the “Labores” magazines of crochet and embroidery and begins to intervene with painting those images so linked to the feminine world. It was a find. From that break, he develops his work in this way as a way to revalue those manual activities that bring back memories of childhood. At Verónica Gómez’s Drawing Workshop, which she carried out in 2018/19, she understands that her drawing is a fabric, a patient weave of lines and dots. There he discovers his own language, more intimate, linked to the graphic. It is dedicated to this work in a small format, an interweaving, a way of recovering and wasting time. Mariana finds in the drawing a refuge to connect with the motives and patterns that populated her childhood, or to escape the burden of quarantine. 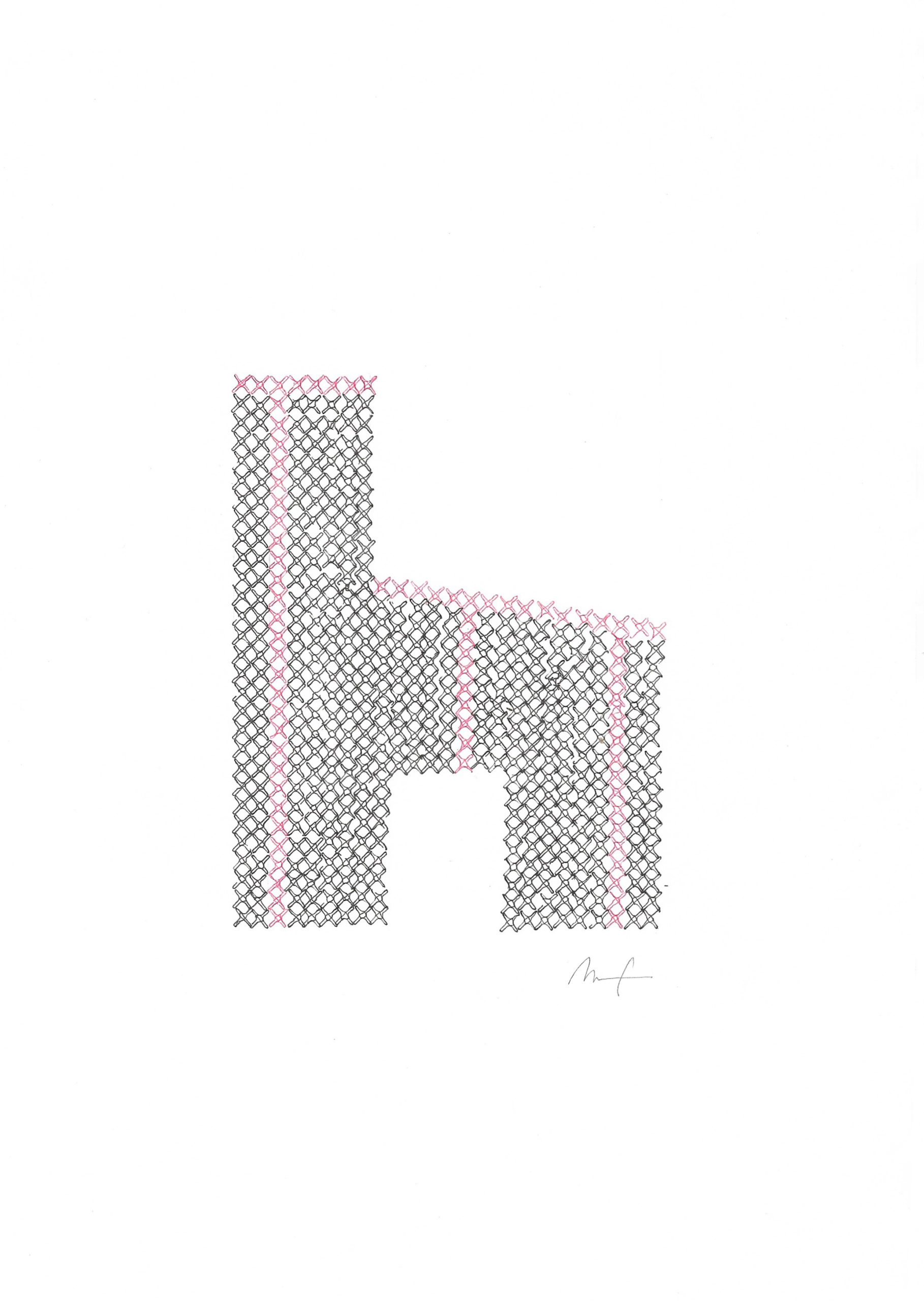 “Mariana Fadón’s drawings are patient and precious. A writing that is a cobweb, a fragile and clear fabric that catches flowers, seeds, threads of meaning. Each point hallucinates its possibilities of expansion; spring, jump and tie, alliances between lines that fable a delicate print.

The series “Two-needle drawing” brings us back memories of summer house wallpaper. At teatime, the veranda with its white wicker chairs around the table, the female conversation, complicit and complicated, the air interrupted by murmurings of insects, a pair of chrysanthemums floating transparent in the afternoon while the cipselas (bakers) they perform the secret score of multiplication.

Then the summer comes to an end. The interior retreat reorders the signs and proposes a new strategy of temporary occupation to the drawing. In the series “Isolation brought me letters” are hidden codes and advice, automatic requests for patience, recurring phrases of the virtual modality that throw the links into a programmatic routine. However, boredom finds its grace again in the love fabric, the perseverance of the bee and those graphic discoveries that mark the intersections where waiting is threaded and the senses are chained. “