This work by Argentinian artist Juan Reos consists in a series of “portraits” displayed as a mosaic, result of an investigation about the forms of reproduction. The novelty of these lies, among other things, in the collaborative process with which the project begins.

The artist invites different people, known and unknown, to join this ‘game’ through a questionnaire with icons and options to choose from which people “self-described”. The questionnaire is digital and anonymous. *

Through the serigraphic technique and the methodical character of the drawing (which starts from a scheme), the result is the succession of faces, each one with different attributes, that plays among the personal and the impersonal character.

Gerardo Jorge, in his text alluding to this work, introduces some of the many questions that this piece arouses:

“Reos arrives at that kind of sample from a research on the forms of production of identikits,” spoken portraits “or” robot portraits “that security forces from different parts of the world make, including the use of FlashFace software, and thus, to some extent, his work is linked to the technical and to the code as problems.

But more than anything, it seems to work with different questions. What are the means by which the images that identify us are produced? What are these images used for and what is our place in them? How does the information with which they work come about? What happens in the displacement of the verbal to the visual and the iconic? And, above all, how does all this relate to the age-old tradition of portraiture in drawing and painting? “*

“Statement of appearance” is the winner of a mention in the last Young Recorders Award of Panal 361. In July, it will be part of a sample in the Contemporary Art Space of Montevideo, Uruguay. 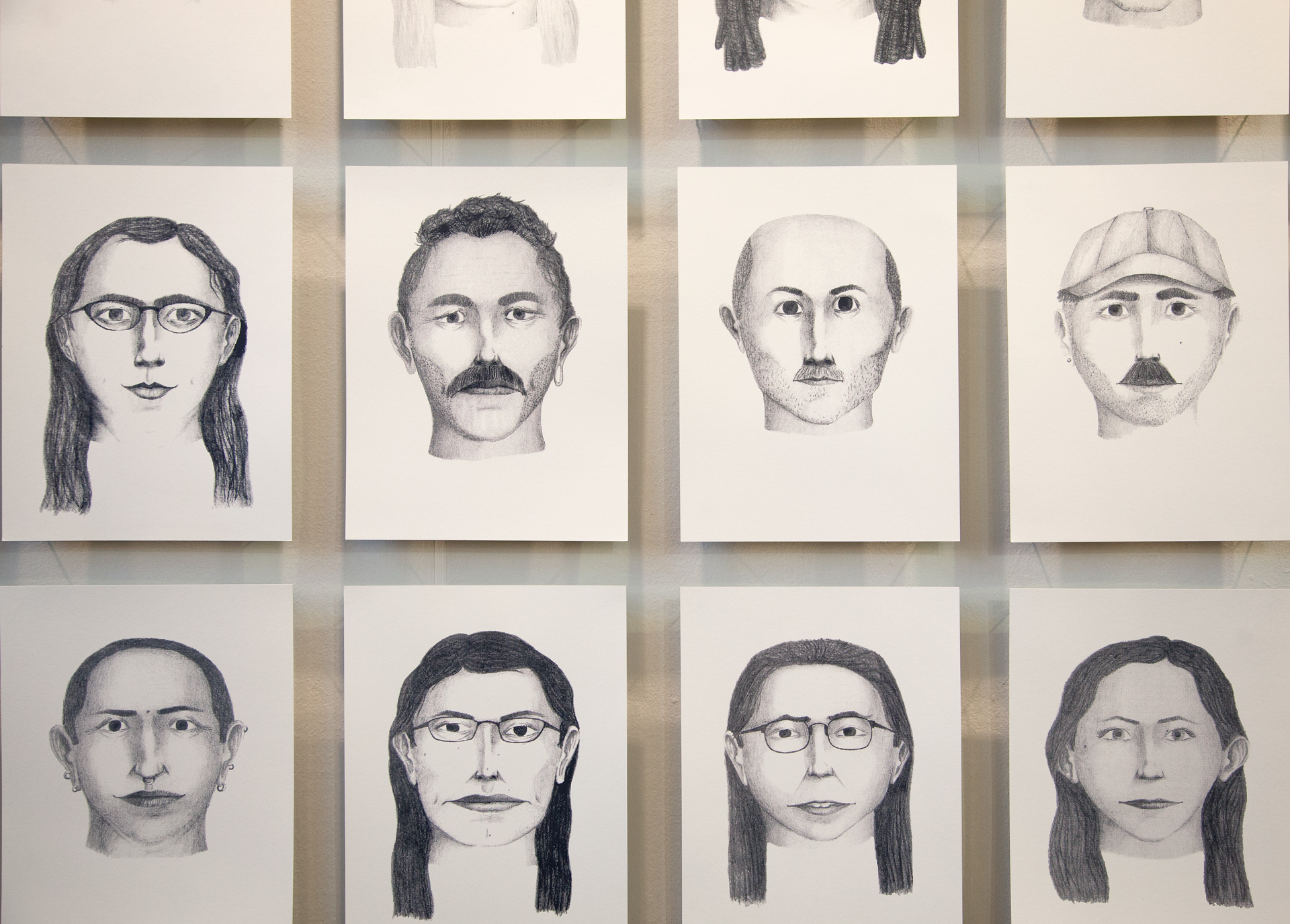 Next:
‍
Homenajes Urbanos, a bridge between contemporary art and the streets of Buenos Aires